Planned on a couple of nights here in the shadow of Lion Rock before heading back to Colombo and the Airport. Within an hour of arriving, two nights turned into four! No sense buggering off any sooner than needed.

Found ourselves a homestay in the middle of the jungle and got stuck into the place.

Lion Rock is apparently the ancient remains of an ancient volcano! Curries here causing plenty of explosions but none that you have to climb to appreciate! Rocked up at 7am hoping to avoid the tour busses and selfie stick gauntlet. Slightly miffed to find a couple of groups just starting the hike. As the groups stopped for breathers every 16cm or so and listened to fabulous Buddhist tales, we nipped past and scampered up to the top to enjoy the views alone. Serious sweats and not just a few deep breaths ensued but the views were awesome. Managed to plough through the other few groups and avoid the wasps on the way down to a well deserved brekky and an afternoon elephant safari. 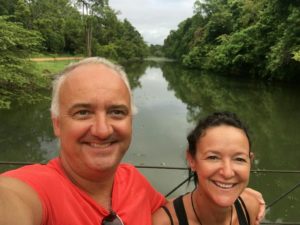 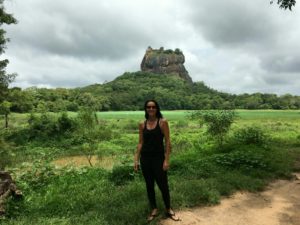 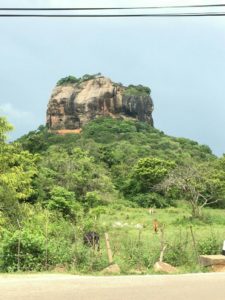 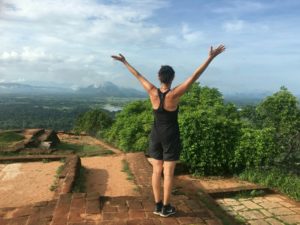 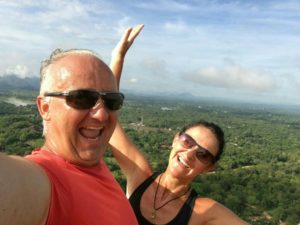 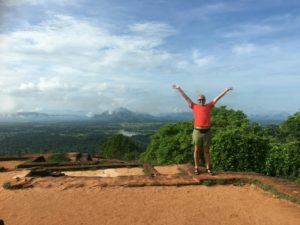 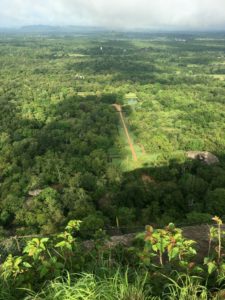 Generally not a massive fan of the four legged beast! Dogs, horses or elephants! Elephant riding in particular should have been left behind with pith helmets and the Raj! There can be few things sadder than watching a family of grinning imbeciles sitting atop a chained elephant! Our steed however was Mahindra’s finest Jeep, an Indian 4 wheel drive work of art that rarely found the energy to propel more than a couple of wheels at once! Fortunately, our pilot knew his way about the car and terrain and gave us a spectacular few hours. We hoped to see Dumbo and maybe a few of his big eared chums but this was an unexpected and absolute treat to see so many, so close in the wild. 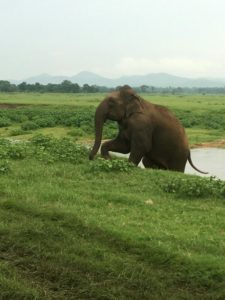 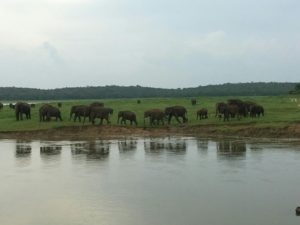 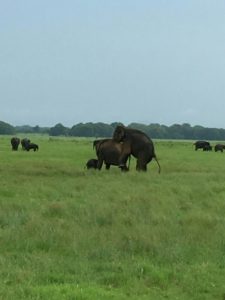 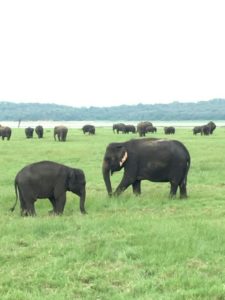 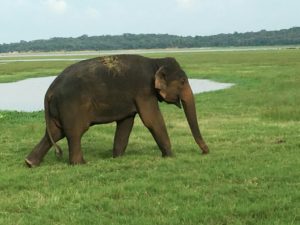 Pidurangala Rock is Lion Rock’s slightly smaller brother. Lion Rock has been claimed by the tourist police who charge a king’s ransom to climb it, in turn, keeping it immaculate. Pidurangala has been claimed by the Buddhists who just charge you a fee for walking through their temple on the way! Once you get past the fee demanding monk and the few thousand steps up, the views again are utterly spectator. 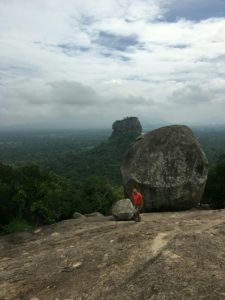 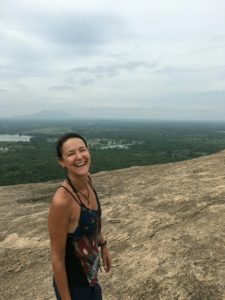 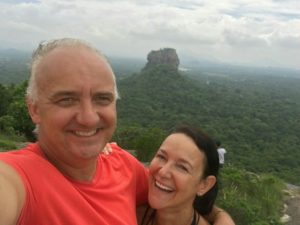 And almost a year to the day, it is time to head home….