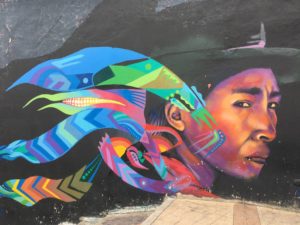 Bears Birthday a day early in Copacabana at the infamous Churrascharia Palace before heading off the next day to Bogota on his actual birthday.

Colombia for us, Â was just a stop off point on our way to Mexico. Â  We flew into Bogota for 2 nights and explored the city by doing two free tours. Â Firstly a walking tour, followed by a food tour. Then a quick look at the market.

Free walking tours are awesome in places like this. Turn up, get guided around for a couple of hours and pay what you thought it was worth. Some good, some not so. This one was well worth the effort. 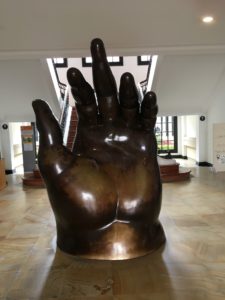 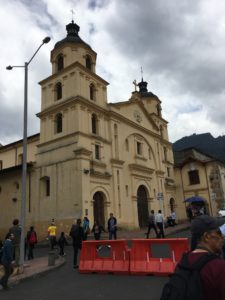 This is the Justice Palace, rebuilt after Pablo and his chums blew the old one up to erase evidence. Parking fines anyone? 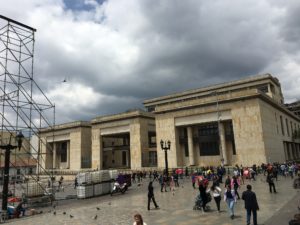 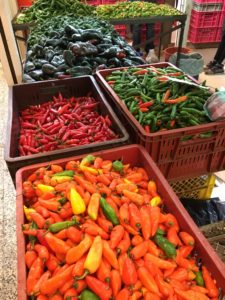 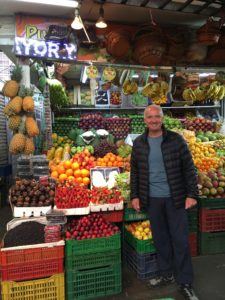 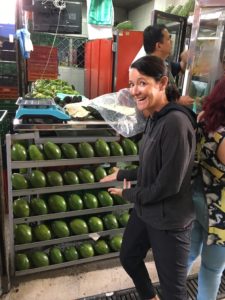 Oh and the most delicious pig, eaten throughout our S.American journey, always delicious. 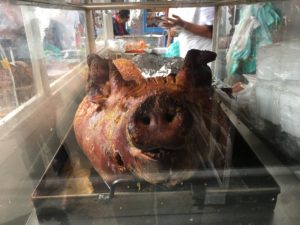 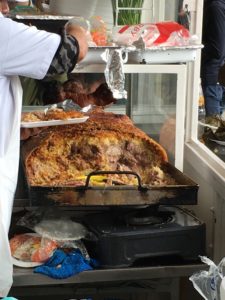 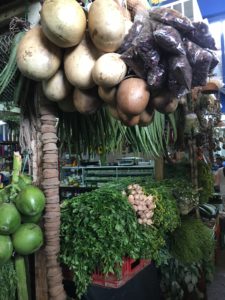 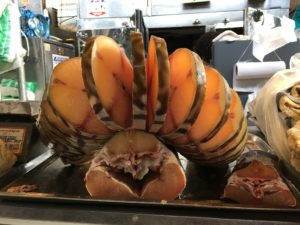 The Colombians love their cheese, here’s me trying one of the specialities “hot chocolate with cheese” !!! We love cheese and hot chocolate. Together in a sentence is as close as they should ever be! 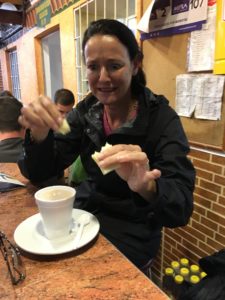 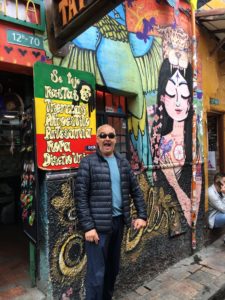 Probably not a City for running around alone at night but well worth a look. Previously made plans only gave us two nights here, a few more would have been better.