Thought that a party town might be a fun place to watch the England vs Croatia semi final! It was! However, given the result and the fact that Budva seems to beÂ the place to be for all manner of fat, sweaty Eastern Europeans and Russians, it probably should remain unexplored! Music blares until 2am until the Rajika and Vodka slurping wobblebottoms finally pass out! 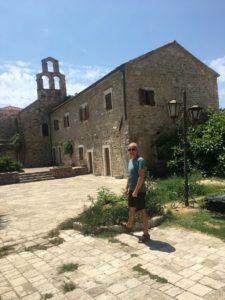 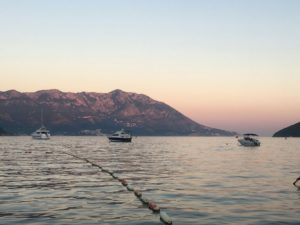 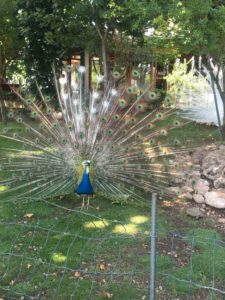 Losing the will to live now, it is nearly mid July and definitely time to get away from all things coastal! Albania was possibly next, but time to head inland! No thanks to the rudest, most unhelpful specimens masquerading as bus station staff, we head to Bar where we can take a train to Serbia. How bad can one more night near the coast be?

Booking into the Namaste Nature Village was always always a risk! The prospect of an evening/night with a bunch of new age alternatives listening to whale sounds over a quiet bong is not really our scene.

We picked the place on its proximity to the station and ability to dump our bags early. Things looked hopeful as we were collected from the station by a suitably bearded, baggy trouser wearing sort who cheerfully took us to the shiny new building in the booking.com photo! Things head South as he took us straight past the shiny building to the hippie commune a few gates further down. Welcome to our village he says as a large doberman shoves its nose into my bollocks! I am not a fan of dogs and less of a fan of having my ball bag explored by a 40+ kilo number! Also not a collosal fan of the clouds of mosquitoes that immediately began to drain me of several pints of claret. Tea he asks cheerfully? Yes please if it is laced with VEET or DDT! Meanwhile, the hound of Baskerville has found a new burst of energy and has renewed it’s assault on the meat and two veg with disturbing vigour! Come, I’ll show you to your room he continues. the kitchen was shared but happy that we had our own bathroom. Own bathroom shared with the rest of the commune, that is, together with a bath full of laundry and a toilet that threatened to fall over with each precarious use. An extension lead under the door brought power, (And mosquitoes), into the room where a dim light showed our new home in all its glory. Photos speak louder than words… 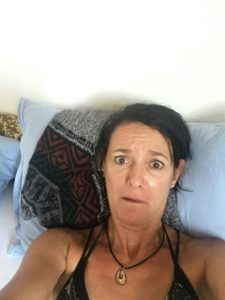 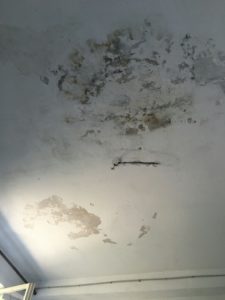 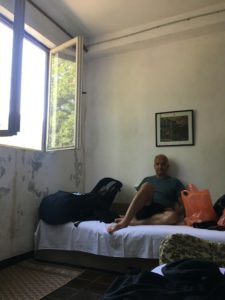 Light unplugged and replaced with an anti mozzie number that was in my bag. Beginning to show symptoms of hemorrhagic shock from the relentless mosquito attack and not keen on any further dog/crotch encounters, we close the door and head off to find a supermarket and a watering hole. Fortunately, Bar has a few bars so we blew the froth off a couple whilst considering our predicament 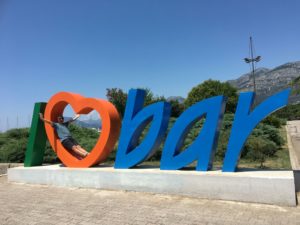 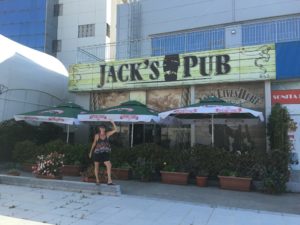 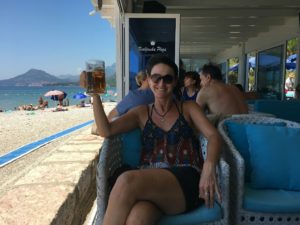 Ever the optimist, Jax decides that we should cook dinner for Leaf and our new dreadlock wearing best friends. Lentils and quinoa hashcakes anyone? Dinner it was then! 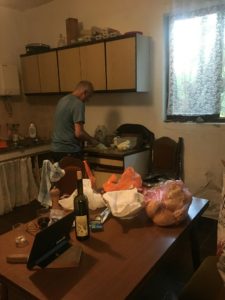 A small commune of well fed hippies then proceeded to get stuck into to the whacky baccy and we sloped off to bed after a few Cab Savs!

Fortunately, Mr Raid kept the airborne terrorists at bay and we said an early morning farewell to Namaste Nature Village and the testicle molesting doberman! 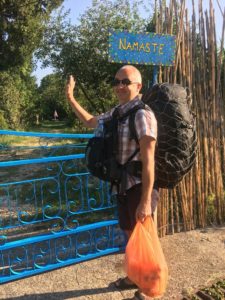 12 hours on the train flew past as our â‚¬21 journey through the scenic countryside took us into Serbia. 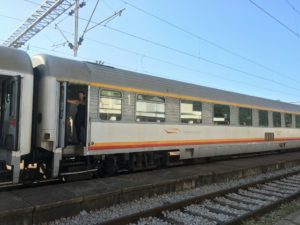 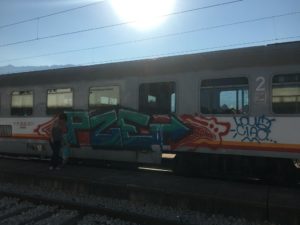 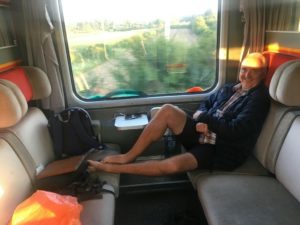 Topcider was our final stop and not a drop in sight! We arrived at our Belgrade apartment around 9.30.