Amazing experiences and new opportunities arise through travel. Watching a Netflix documentary on an amazing restaurant in the Slovenian Mountains is not generally a reason to go there! So, we jumped onto a bus in Venice, next stop Ljubljana, Slovenia!

Arriving at 2am in a Country you have barely heard of and a City that looks like the set of Hostel may seem foolish. Sadly for us, a cheeky, four hour, FlixBus fuck-up gave us little say in the matter! We borrowed a phone from a fellow passenger and called our host! Surprisingly he answered the phone and told us to jump into a cab to meet him at the apartment. Few places look attractive at 2.30 in the morning, Soviet style apartment blocks in deserted neighborhoods should remain in a category marked risky! Even the rats around the bins were nervous.

Soon enough, a sad looking Lada pulls in. Denis the apartment manager had been up anyway, dealing with a mass arrival of bible bashing Americans in a downtown block. Without a drill or sharp object in sight he happily checked us in and drove back into the night.

Morning announces itself a few short hours later with bright sunlight through the windows and the most amazing view. Hostel, firstly, was filmed in Slovakia and secondly, was a film! Views of rolling hills covered by lush pine forests were not what we expected. A fairytale castle overlooking the town a short walk away looked picturesque and inviting. What a fabulous place.

The City is clean and beautiful. A stack of fabulous restaurants and largely free of the armies of selfie stick waving tour groups that infest and ruin so many places. 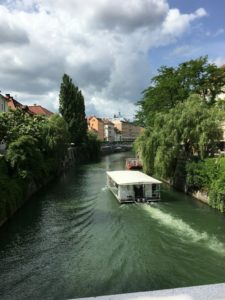 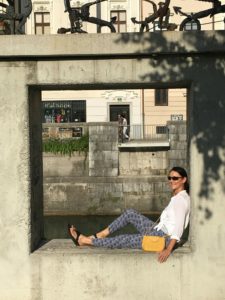 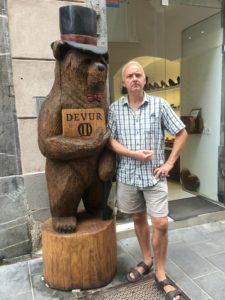 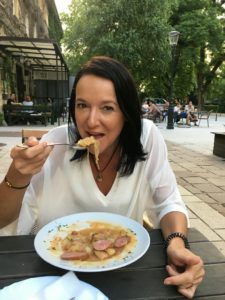 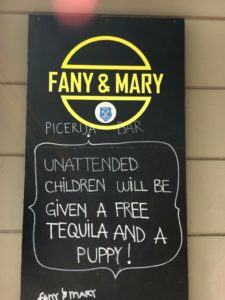 Sunday afternoon beverages by the river with local DJ! 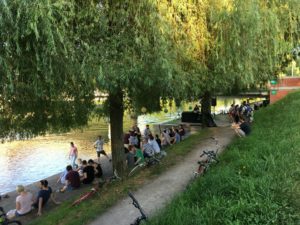 Hisa Franco, the restaurant in the mountains got voted out of our agenda, mainly because it is too fu(king expensive! Loving Slovenia so far, heading North to Lake Bled.