OK so, Merida next. Let’s grab a couple of bus tickets online then hop onto the appropriate ferry to meet the bus? No! Only Mexicans can buy online and there is no option through travel agents either. Tickets can only be bought at the bus station. No worries, we know the bus is 5pm so will get to the bus station around 1, buy our tickets and find a suitable establishment for comfort until the bus comes. All good, except for a couple of flies in the ointment. No bus station for tickets, (Buy on bus!), No suitable establishment! Bugger, 4 hours sitting in 40 degree heat could be our afternoon entertainment!

Bump into a Californian, (They don’t say American!), and a German to fill up a cab to a place where we should get a Collectivo bus to Merida. 2 hours and several armed point stops later we get to Tizimin.

Tagged another collectivo to Merida and nipped off for a nibble!

Dumped in Merida somewhere, we find an internet cafe for a trip to good old booking.com and find a bed!

Can’t explain the magic of this place on arriving. Balcony over the square. Grins allroundðŸ˜€ 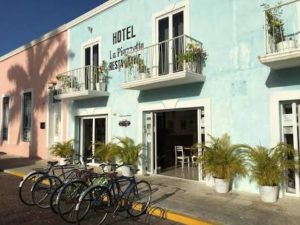 Merida got rich making sisal fibre out of cactus until nylon came along and spoiled the party! 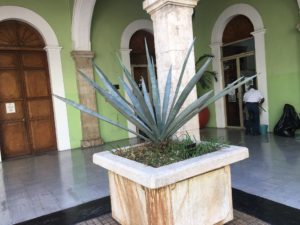 Walking around the streets, a lot of people made a lot of cash before nylon! 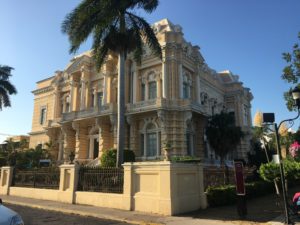 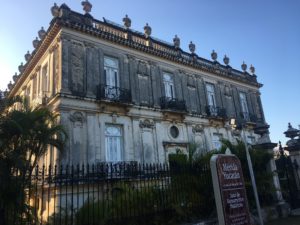 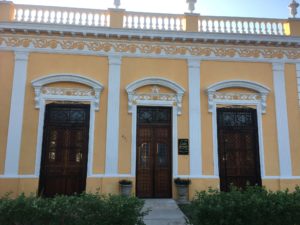 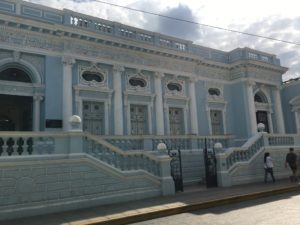 Markets anywhere around the world are a must, Merida is no different. Giant tortilla making machines that eat balls of dough and churn out cooked tortillas and the ubiquitous roast piggie, this time with a black pudding made from blood, brains and other yummy stuff! 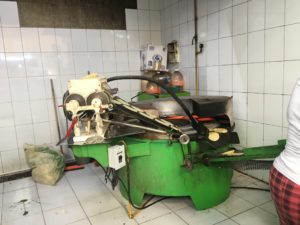 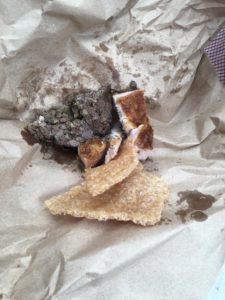 These chairs were supposedly designed by an architect who didn’t want boys to get too fiddly with his daughter. This is a giant, Andrew Moon sized example, but the squares around the city are dotted with standard size examples 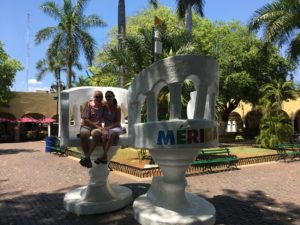 Restaurants and suitable establishments for escaping the heat are plenty 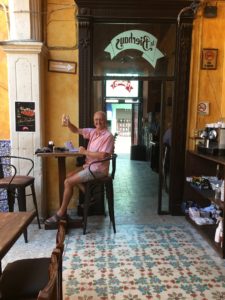 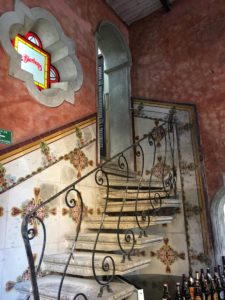 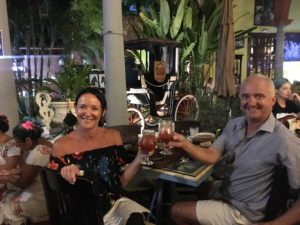 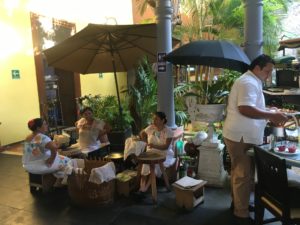 Havana, Cuba next. We have been on and off about going since we left home. No more faffing about….